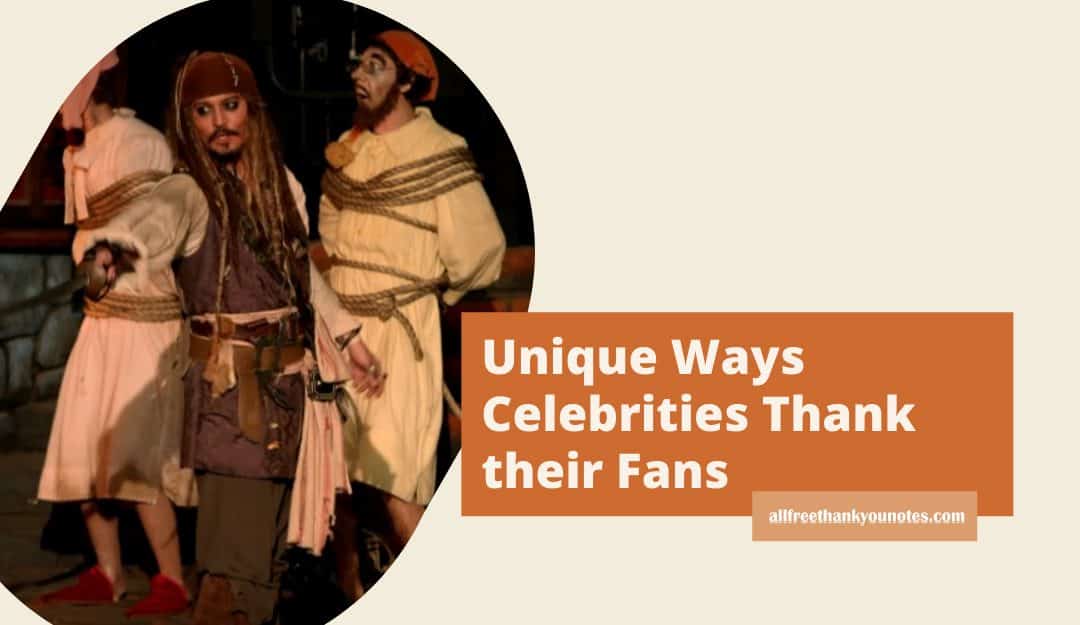 We couldn’t be more excited and ecstatic when a celebrity notices our gestures and thanks us for them. While some celebrities tend to stay completely away from fans, many of them really make an effort which is always appreciated. While this is a rare opportunity for some fans, some celebs go above and beyond to show their appreciation towards their fans for their continuous support. One of the most famous celebrities who really cares about his fans is Johnny Depp. He goes above and beyond to show gratitude to his fans, often signing autographs for hours, even after working a long day.

Taylor Swift is also well known for inviting her fans over to her home and cooking for them. These gestures really let you know they are thankful to the fans. After all, as Depp himself says “they are the ones paying all our salaries” and he isn’t wrong.

We all hate those gossip magazines, so when we get a chance to see our favorite celebrities in real life, or follow their lives on social media it takes out the need for these invasive stories.

Ariana loves treating her fans with food! At a Victoria’s Secret Fashion Show, many of her fans were waiting for her outside. Ariana gave them hot chocolate and cookies to show her appreciation while the Arianators waited for her performance to finish. The way into someone’s heart is through their stomach, indeed.

Radcliffe never declines a selfie when someone spots him randomly. In addition, he once arranged for some of his fans to be interviewed for his film “What If…?“. During the interview, he suddenly showed up from behind them and gave them a big surprising hug. Many people send gifts to Daniel and other celebrities as they love them so much.

When it comes to full-blown fan appreciation, Taylor Swift knows no bounds. She sends her fans Christmas gifts—sometimes delivering them to their doorsteps—and invites them to her concerts. At one point, she has even helped pay one of her fan’s college loans.

Lady Gaga may not look like it, but she’s one of the many celebrities who are down-to-earth and just downright kind. She appreciates her fans very much; she responds to their comments on social media and even calls some of them on stage when she performs. And like Ariana, she feeds them too! Back in 2009, when Fame Monster was released, the Little Monsters who lined up outside Best Buy were provided with $1,000 worth of pizza.

Eminem is an iconic artist to this day. He may seem intimidating, but he’s a soft guy. He’s donated to charities for most of his life. He’s even helped out a terminally ill cancer patient years back, all while asking for little to no publicity from the press.

Ed Sheeran is coined as one of the most excellent artists in Hollywood. Nobody can say he isn’t. He’s surprised fans with hospital visits to wedding day wishes and personal messages. 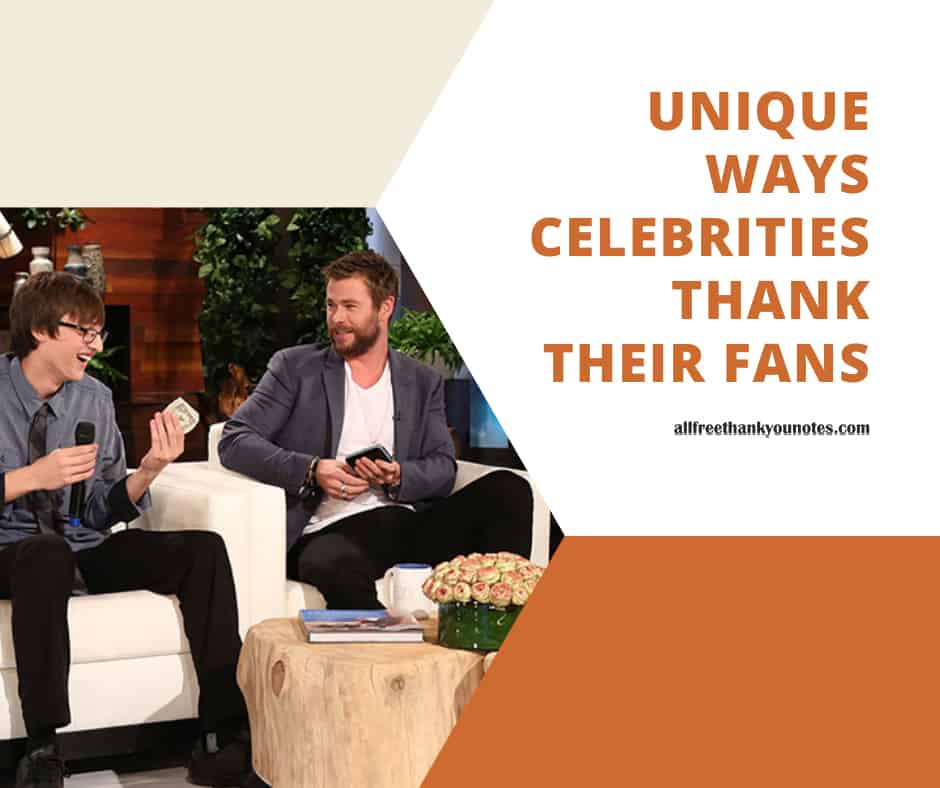 Hemsworth is a pretty nice guy, on and off camera. There was a time when he dropped his wallet, and a fan picked it up for him and returned it to him. To show his thanks, he invited the fan to the Ellen Show. Hemsworth also gave him all the cash inside the wallet. What a great guy! He’s also surprised some fans before by showing up at their office.

Beyonce is probably one of the most humble celebrities you will ever meet—and that’s a surprise considering she’s THE Beyonce, the Queen Bee. But, she loves FaceTime-ing with her fans and singing karaoke songs with them! She also features some of her fans’ videos of her tour on YouTube and lets them join her on stage to sing.

Who doesn’t love Selena Gomez? She’s a down-to-earth woman who truly values connection with her fans. She’s visited countless hospitals and granted many of her fans’ wishes via the Make A Wish Foundation. Selena is also quite active on social media which is always a great thing for fans to keep up with what their fave celeb is doing.

Kids and adults adore Depp! Johnny Depp has done endless charity work over the last 30+ years. Johnny is the quintessential good guy; he participates and donates to charity and takes hours out of his day to sign autographs for fans and pose for pictures with them. In addition, he’s played with kids dressed up as Jack Sparrow, visiting sick kids in hospital and school kids who line up for hours to meet him. Not to mention that he has a booth in Disney World where he dressed up as the Mad Hatter to interact with visitors and his fans. Johnny Depp treats his fans, or relatives as he likes to call them like royalty and thanks to them in numerous ways. Johnny also hand writes replies to his fans when they send him letters or gifts, which tells us that Johnny really knows how to be thankful, and we are thankful for him. King.

How do you Show your Thanks?

Today, we do a lot of our communicating online, but writing a letter by hand to someone you care about can go a long way. Not only does it show that you’ve put in some effort to really thank them for something they did, but it also tells them that you were thinking of them when you wrote it—two things people appreciate.

Some people like to keep it simple with a cute thank-you note, while some others love the element of surprise. So how do you thank someone for making your day or for showing support? We’ve got tips and tricks, quotes and DIY projects for you to explore so you can adequately thank your loved ones too!